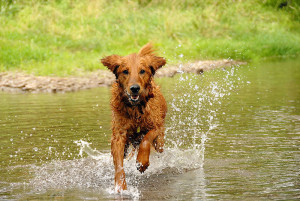 Dr. Marcos Gutierrez is a fifth-generation descendent of two prominent Corrales families. Their histories feature adventure, agriculture, law enforcement, and service to the nation – as well as some very industrious and independent-spirited women. A 1993 graduate of the Colorado State University School of Veterinary Medicine, Dr. G volunteers with a variety of animal rescue organizations. He and his wife, the former Angela Hoffman of Los Alamos, are raising the sixth generation - James Gordon and Joseph Marcos Gutierrez - in a culture-filled environment: his clinic, located in his grandparents’ old home, is on Marcos Lane, named for his paternal grandfather. Angela also volunteers for Corrales organizations.

OUR COMMUNITY HERITAGE
Francisco Gutierrez’ family owned many acres of land around what is now the community’s venerable landmark, the old San Ysidro Church. His son, Jesus Maria Gutierrez, was the father of several children, one of whom, Marcos Gutierrez, married Ida Salce, middle daughter of Angelo Salce and his Italian mail-order bride, Maria Nechiari.  According to “Images of America: CORRALES”, Angelo, an Italian boot maker arrived in Albuquerque during the 1880s, settling in Corrales in 1889 after buying 80 acres of farmland. He promptly sent for his brother, Luigi, and later Maria, whom he wed in 1903.

After their marriage, Ida Salce and Marcos Gutierrez farmed Salce land, where she cultivated her widely recognized expert horsemanship.  She also won hundreds of ribbons at the New Mexico State Fair for her vegetable and fruit growing and winemaking skills. The couple adopted two children, Kathy and James (Jimmy), Dr. Gutierrez’ dad. Jimmy served in the United States Navy and as a law enforcement official prior to his death. Jenna Gutierrez Lapaglia is Dr. Gutierrez’ younger sister. His mother is a member of the long-standing Velarde family of Albuquerque.

Dr. and Mrs. Gutierrez’ interest in civic affairs continues a proud family tradition. As reported in “Images of America: CORRALES”, Gutierrez was one of the 11 family names on the 1790 Spanish Census. Others were added by 1820, but Gutierrezes played a huge role in the development of the Corrales community. Another of Jesus Maria’s sons, Napolion, served as a village justice of the peace, and his oldest daughter, Bruna, was a caretaker for the old church. Jesus Maria’s older brother, Ramon, is credited as one of the donors of land for the church.

And, as Ida Salce was very accomplished, so were her siblings. Her older sister, Dulcinea (Mrs. Vincent) Curtis, spearheaded many agricultural organizations and was on the first Corrales Village Council, while the youngest girl in the family, Lena (Mrs. Candido) Apodaca, held a variety of positions in Albuquerque, before helping her husband manage their family farm. Virgil Salce and his wife, Kathleen, raised three children while farming; the second brother, Arthur, died at the age of 28.